Lallemand Health Solutions announced today cutting-edge results of their newly published randomized, double-blind, placebo-controlled crossover study that confirmed Bacillus subtilis Rosell®-179 and Bifidobacterium lactis LAFTI® B94 deconjugated bile acids in overweight otherwise healthy adults. The deconjugation of bile acids through the microbial Bile Salt Hydrolase (BSH) activity has previously been thought to be a regulator of bile acids and cholesterol in the host. This study conducted by Culpepper et al.1 is of high interest as it further establishes the interrelationship between gut microbiota, probiotics and metabolism providing a robust scientific foundation that probiotic formulations can be part of an effective dietary intervention strategy.

This crossover study included 103 patients, 23 males and 80 females, between 35 and 65 years of age. Male participants had a waist circumference greater than 102 cm and females 88 cm. The participants underwent a 1-week pre-baseline period and were then randomized to receive a probiotic capsule or placebo for 6 weeks. Following a 4-week washout, participants were crossed to the other intervention for 6 weeks followed by a 1-week post-intervention period. 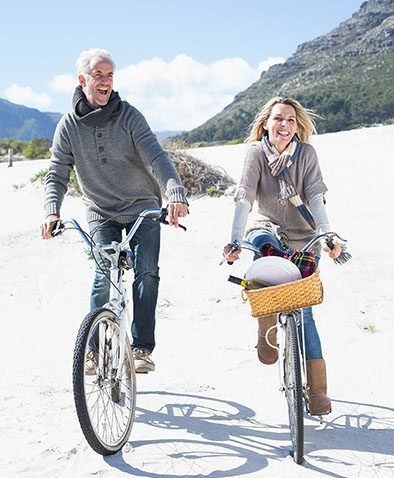 In this study, investigators tested three different probiotic strains: Bacillus subtilis Rosell®-179 (2.5×109 CFU/capsule), Lactobacillus plantarum HA-119 (5×109 CFU/capsule) or Bifidobacterium lactis LAFTI® B94 (5×109 CFU/capsule) as whole genome sequencing had previously identified the presence of BSH genes in all three strains. Significant results were found in participants with a BMI >30 (Body Mass Index): sum of deconjugated plasma bile acids was significantly higher with Bacillus subtilis Rosell®-179 (691±378 nmol/l, p=0.01) and with Bifidobacterium lactis LAFTI® B94 (380±165 nmol/l, p=0.04) in comparison with placebo (98±176 nmol/l). In addition, investigators found there was a trend toward an increase in plasma HDL concentrations with L. plantarum HA-119 (p=0.08).
Armed with this knowledge, new probiotic formulations using Lallemand’s probiotic strains Bacillus subtilis Rosell®-179 and Bifidobacterium lactis LAFTI® B94 can be developed. In particular, the new oral side by side, wet-and-dry probiotic capsule Combocap®’Biotics is an ideal vehicle for these novel probiotic formulations. Currently, Lallemand is working on a Combo capsule that combines Bacillus subtilis Rosell®-179 and Bifidobacterium lactis LAFTI® B94 along with flax seed oil, a source of ALA, shown to contribute to the maintenance of normal blood cholesterol levels in healthy people.