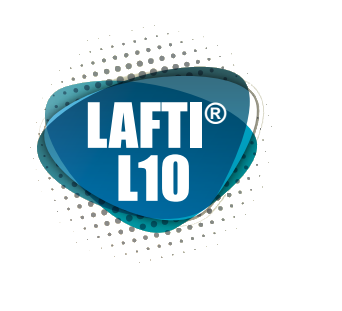 In 2016, a randomized, double-blind placebo-controlled study was conducted on healthy elite athletes during winter to evaluate the clinical and immunomodulatory effects of the unique probiotic strain L. helveticus LAFTI® L10 [1]. The 39 elite athletes enrolled in the study were aged 18-28 years and would train themselves for over 11 hours per week in various sports. They followed the probiotic treatment, or placebo, during 14 weeks in winter period.

The study showed that L. helveticus LAFTI® L10 supplementation, significantly shortened by 3.4 days the average duration of URTIs[1]– like episodes (p<0.05) and significantly decreased the number of symptoms by around 29% (p<0.05). These observations were confirmed by a significant modulation of several biomarkers for immunity measured in serum samples as the CD4+/CD8+ ratio, confirming Clancy et al. results [2].

A first post-hoc analysis investigated the impact of LAFTI® L10 on the immunoglobulin in saliva and in serum [3].

Lack of significance in inter-group biochemical measurements may be due to the heterogeneity between the participants at baseline, as seen on the standard deviation, and to the low number of participants.

These results are really interesting and encouraging further research on a larger panel of participants.