Meet the latest addition to our family

Lallemand Health Solutions has developed a large portfolio of EXPERT’Biotics solutions, including Lacidofil®, Probiokid®, Lafti B94®, S. boulardii, L. rhamnosus GG, and L. reuteri Rosell®-444 strains, with clinical evidences to prove their safety and efficacy, especially for babies and children.

Evolution of the gut microbiota composition from birth

During their first year of life, babies will acquire and develop their microflora, aiming to reach a more stable microflora around three years old. At that age, young children’s’ microflora is already similar and as diverse as an adult. Many factors along this growing period will influence the quality of their microflora. Firstly, the way they were born, as vaginal delivery will transmit more friendly bacteria passed on by the mother’s vaginal flora compared to caesarian delivery (C-section), where the baby acquires its first bacteria from the skin microbiota. Then, the baby’s diet, as formula-fed infants do not receive immunoglobulin from the mother’s milk. Breastfed babies will be more able to digest milk, ensuring a better gut development and function. Babies’ microflora will also be affected by the early use of antibiotics that can compromise the survival of friendly bacteria in the gut. Another factor is of course the ecosystem babies are raised in, as children growing in rural areas are less prone to develop allergies in contrast with city-raised children growing in an overprotecting and sanitized environment.

Probiokid® is one of the most documented formula specially designed for babies and young children. It is composed of L. helveticus Rosell®-52, B. infantis Rosell®-33, B. bifidum Rosell®-71 and Fructo-oligosaccharides (FOS). With 11 clinical studies in infants and children, including two safety studies, Probiokid® has been granted Canadian health claims, including: helps to reinforce the body’s natural defenses in children ; could promote a favourable gut flora in babies 3 months old and over ; source of probiotics for 3-month-old and over. Both the combination and single strains have been certified GRAS by the United States Food and Drug Administration (FDA) for infant formula.

Probiokid® and its single strains have been specifically documented in babies less than 1 year old. In a first study including 221 healthy three to twelve month-old infants, the three probiotic strains of Probiokid® maintained a baby-specific microbiome profile (De Andres, 2018). In Xiao 2019 safety study, with 132 less than six month-old formula-fed babies, Probiokid® helped maintained higher faecal SIgA at significant levels at the end of the four-week administration period while there was a decrease in the placebo group. In addition, the synergy of B. infantis Rosell®-33 and B. bifidum Rosell®-71 with HMO (Human Milk Oligosaccharides) has been demonstrated as both strains were able to metabolize 2’FLs in an in vitro test. These are new scientific elements that support a large field of research working on how to best mimic mother’s milk.

B. lactis Lafti® B94 is another very well documented probiotic strain with clinical evidences coming from six studies, to show its safety and promising effects in babies (including premature babies), kids and teens. It was specially selected from among 40 Bifidobacteria strains for its good synergy with fibers (FOS & Inulin). Moreover, Lafti® B94 has recently received a No Questions Letter (NQL) regarding the Generally Recognized as Safe (GRAS) notification from the United States Food and Drug Administration (FDA), meaning it is safe to be used as an ingredient in infant formula. Over the years, it has been granted the following Canadian health claims for infants from two month-old and older, depending on the recommended dose: helps support intestinal/gastrointestinal health; could promote a favorable gut flora and participates in a healthy microflora balance. For four year-old and older; helps to relieve abdominal discomfort, such as bloating and constipation; helps children and adolescents with bloating and constipation in irritable bowel syndrome (IBS).

Lacidofil® (Lactobacillus rhamnosus Rosell®-11 and Lactobacillus helveticus Rosell®-52) is a unique combination, tested in over 26 clinical studies, haft of those with children. Commercially available since 1995 with a pharmacovigilance program showing safe use, Lacidofil® is marketed under various registration status in more than 20 countries all around the world. It has also two strong health claims in Canada for children over two years and older, depending on the recommended dose: for restoring and normalizing gut flora and help to reduce the risk of antibiotic-associated diarrhea.

Delivery formats: Convenience is key for infants and children

When looking to market probiotic supplements for babies and infants, delivery forms and packaging are a key element. To ensure both proper delivery to babies and young children as well as proper survival of the bacteria during the complete shelf life of the finished products, manufacturers can propose ready-to-market probiotic formulations in different convenient and leading formats; bulk powder, room-stable chewable tablets with yummy natural flavour, sachets, sticks and drops. It is also possible to add probiotic powder in infant formula, when it has the GRAS status to guarantee the strain has been manufactured according to the higher standards, necessary for this specific target. For kids with gut discomfort, such as occasional diarrhea, a dual-chamber sachet can combine probiotics with a rehydration salt, just to name one combination. Additional ingredients such as vitamin D, HMO, FOS and inulin can create positive interactions with certain probiotics strains. 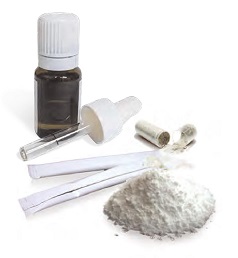 © 2021 Lallemand Inc. All right reserved.
The information contained herein is business-to-business information and is not intended for the final consumer. It is based on our research and development work and is, to the best of our knowledge, reliable. Lallemand Health Solutions does not assume any liability resulting from the use of its products, as conditions of use are beyond our control. The business-to-business information provided should not be used as a substitute for any form of advice. In all instances, producers and marketers should check local regulatory requirements before use as different claims may be made depending on the regulations applicable in each country.